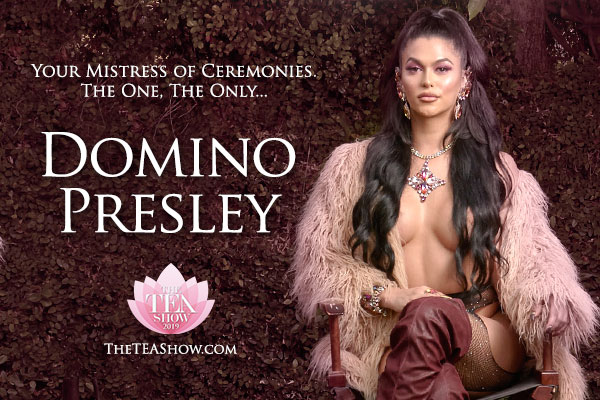 LOS ANGELES, CA – The Transgender Erotica Awards proudly announces TEA winner Domino Presley as their 2019 Mistress of Ceremonies. The upcoming TEAs will be held at the historic Avalon in Hollywood on March 17, 2019.

“We’ve been so lucky to have some truly amazing hosts of the show,” said Steven Grooby.
“Jujubee and Madison really helped build our profile up and their professionalism and presence, I believe, have been a big part of the show. To keep things fresh, we’ve always wanted to rotate hosts. There was really only ever one choice and I was pretty confident it would be something that Domino would both enjoy and excel at doing. She knows so many of the girls personally – and having been in the industry now on both sides of the camera, she has a unique viewpoint.  Kristel and I are both looking forward to working with her up to the show.”

“I’ve never been more excited or nervous for something before,” added Domino Presley. “I’m still in shock that Steven asked me to host and I’m extremely grateful. I have a performance background and am far from shy on the microphone, so this should be a trip. If everything goes as planned I’m also bringing some major entertainment and the opening of the show will be epic. I still can’t believe Steven is crazy enough to let me host…with my sense of humor! You do NOT want to miss this year’s awards.”

Domino Presley is a TEA multi-award winner based in Los Angeles, CA. She first debuted with Grooby back 2010 and since then has worked for every major trans studio in the industry. In 2018, she made her directorial debut with Grooby with the release of her movie, Domino Presley’s House of Whores. Follow Domino Presley on Twitter at @DominoPresley. 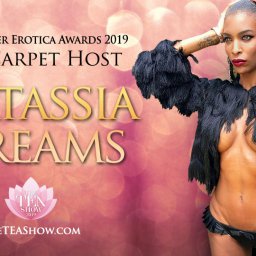 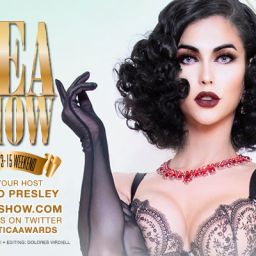 Domino Presley Returns as The TEA’s Mistress of Ceremonies 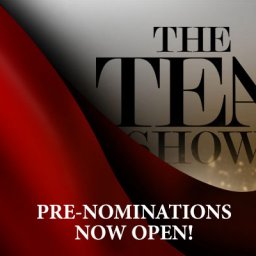 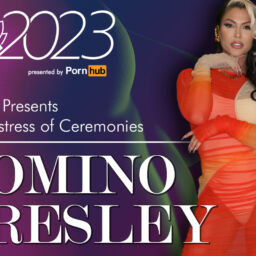 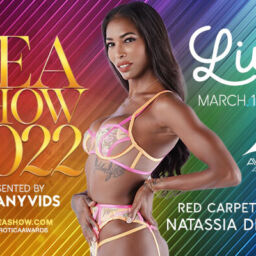