LOS ANGELES, CA – Wicked Sensual Care announced their sponsorship of the highly coveted Fan Choice Award at the 2019 TEAs. The recipient of this award will also land a role in an upcoming Wicked Pictures film.

“I’m thrilled that we’re sponsoring the TEAs once again, and it’s an honor to take part in the Fan’s Choice Award,” said jessica drake. “In a time where so much content exists, fans and fan interaction is so incredibly important. This time, fans will get to help Wicked cast a role in an upcoming movie, and the part will be offered to the winner – I can’t wait to be there that night to see the results! Eternal thanks to Grooby, Steven, and Kristel for the acceptance and support over these years within the trans community. A few of my biggest movies couldn’t have happened without their support.”

“In addition to Wicked Sensual Care’s generous sponsorship, we’re so excited that the winner of this category will get a chance to appear in an upcoming Wicked Pictures film,” added Steven Grooby. “jessica drake has been such an active supporter of our show and the trans community and we know how much this means to our performers.”

ABOUT THE TEAS
The 2018 TEAs are a three-day event held in Hollywood, CA, kicking off with an official pre-party at the Bardot on March 15, a daytime fan convention on March 16, and ramping up to the awards ceremony on March 17 at the Avalon. 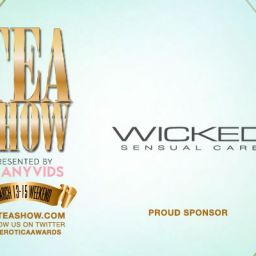 Streamate to Sponsor 2019 TEA ‘Cam Performer of the Year’ Award

LOS ANGELES, CA – Streamate is proud to announce their Platinum Plus sponsorship of the 2019 Transgender Erotica Awards (TEAs)….

LOS ANGELES, CA – ModelCentro and its brand, FanCentro, are proud to announce their Platinum Plus sponsorship of the 2019…

LOS ANGELES, CA – Adult star MichaAngela announced her returning sponsorship of the 2019 TEAs. “I am unbelievably honored…I am…

LOS ANGELES, CA – Modelhub is proud to announce their sponsorship of the 2019 TEAs. The company will also be…