“I am extremely happy to sponsor the TEA Awards once again this year,” says Jacquie Blu. “I was only an attendee in 2016 but I came back to TEA 2017 as a sponsor and double nominee. TEA 2018 saw me returning as a sponsor once again, along with two more nominations. TEA 2019 brought me yet two more nominations and I sponsored again as well. This year and I am making a contribution once again as a sponsor for the fourth year in a row to help show my appreciation and support for this fabulous event and for the industry that I love so much. I am also returning as a nominee for the fourth year in a row. I thank you and love you all from the heart of my bottom!”

“Jacquie’s presence at the TEAs brings such wonderful high energy to our show,” added TEA Executive Producer, Kristel Penn. “We have always believed the TEAs is a community event and that is reflected in how many performers, like Jacquie, sponsor the event from their own pockets to keep the event running. I am eternally grateful.”

Jacquie Blu came to California from the east coast over 10 years ago. Ever since then, she has been tirelessly pursuing her life-long dream of modeling and adult film making. She was involved in a few amateur productions on the east coast, but California is a much larger playing field that she wanted to be a part of and be involved in.

In 2010, she started collaborating with a wonderful photographer, Al Tom of Altomic Visuals. Thanks to his incredible work, she was able to launch her official website, JacquieBlu.xxx, which contains numerous hi-res photo galleries and over 30 videos and scenes.

Blu has worked in the entertainment industry her entire life, which consists of 20 years of live theatre (both onstage and tech), 47 Major Motion Pictures (Pre-Production, Production and Post-Production), television production and post-production, music (live, recording, mixing, editing and mastering) and other various forms of entertainment. She has been performing live sex shows at a few sex clubs in San Diego, Los Angeles, and Las Vegas for the last ten years.

In 2016, Blu started working with Dr. Susan Block, the famous Sex Educator, Sex Therapist and Author, as her Associate Producer and Video Editor. In early 2017, she started her own production company, Blu Dreamz, where she produces, directs, and performs/edits dozens of scenes with many to come. She also produced her own DVD which includes five of her scenes. Blu’s first IR scene was released right before Christmas 2019 in association with DoggVision. Starting this year in 2020, Blu’s will begin releasing her work on Blu-Ray as well as DVD.

ABOUT THE TEAs
The Transgender Erotica Awards (the TEAs) presented by ManyVids are a two-day event held in Hollywood, CA, during the weekend of March 13-15, 2020. The event is the only of its kind and celebrates the accomplishments of the trans adult industry. More details about the event will be released in the months to come. Visit their official website at theTEAShow.com. The 2020 sponsorship packages are now posted here: https://theteashow.com/sponsors 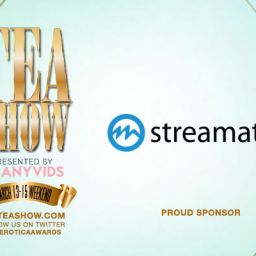 Streamate Returns as Platinum Plus Sponsor of 2020 TEAs

LOS ANGELES, CA – Leading camming platform, Streamate, is proud to announce their returning Platinum Plus sponsorship of the 2020… 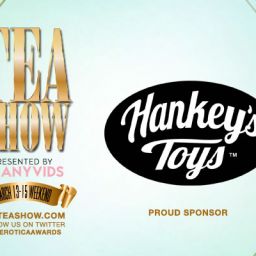 LOS ANGELES, CA – Premium toy company, Hankey’s Toys, signed on as a Platinum Plus sponsor of the 2020 TEAs…. 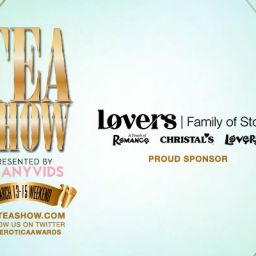 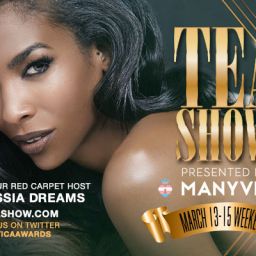 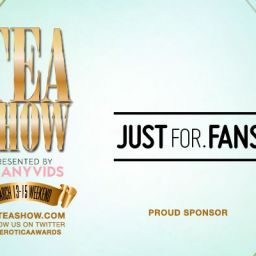 LOS ANGELES, CA – JustFor.Fans is proud to announce its first-time sponsorship of the 2020 Transgender Erotica Awards. The company… 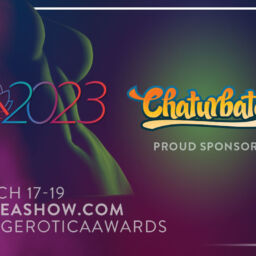 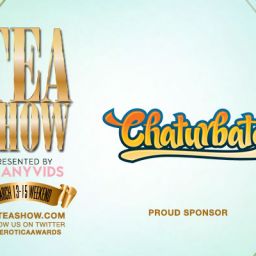 LOS ANGELES, CA – Chaturbate is proud to announce their sponsorship of the first-ever ‘Chaturbate TS Performer of the Year’… 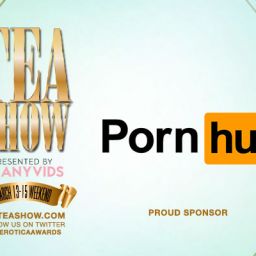 Award Show to Celebrate the Accomplishments of the Trans Adult Industry Will Take Place on March 15, 2020, at the… 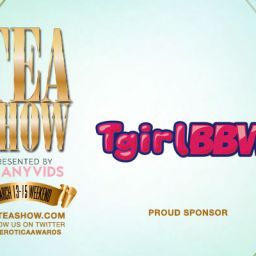 LOS ANGELES, CA – The TEAs are pleased to announce a new pre-party venue for their upcoming event on March…